Pathanjali Yoga sutra  :-  Introduction :-
The Hindu Scriptural literature is so vast and comprehensive that there is no branch of knowledge left uninvestigated by the great seers of this Country – . 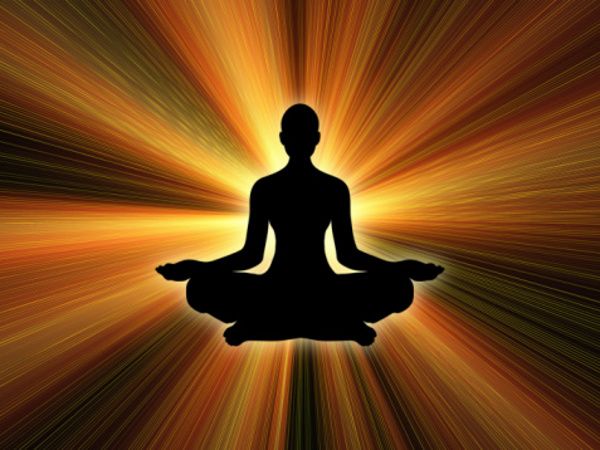 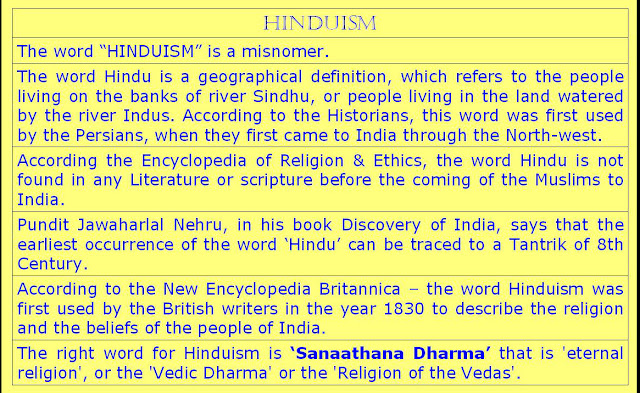 Let us see what swamy Vivekananda has to say about our religion. 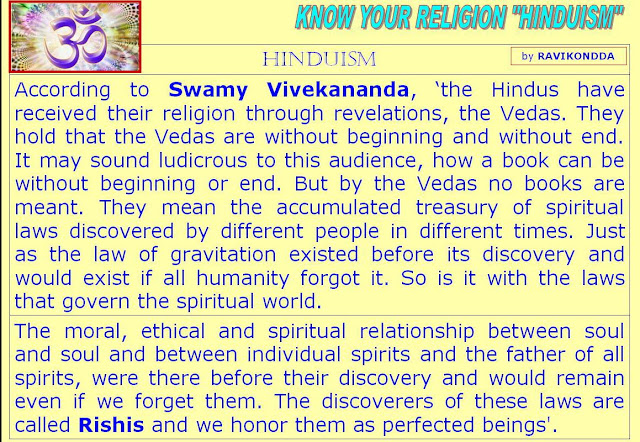 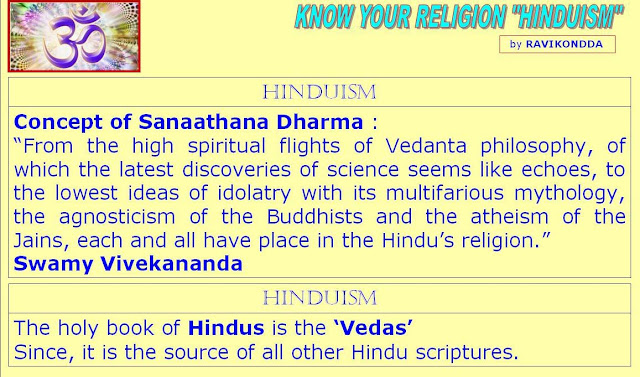 What is “VEDA” ?
The Sanskrit word “VEDA” comes from the root “VID” to know. Veda is literally the book of knowledge – knowledge of the changeless and Supreme reality. The vast knowledge of the Veda was as a single source without any classification in the first part of the Dwapara Yugam (more than 6000 years ago). Later, Maharishi Veda Vyasa classified it into many divisions and subdivisions for the benefit of all to understand. He divided the Veda into 4, wrote Mahabharata, 18 Mahapuranas and Vedanta.

I am presenting the classification of the Knowledge gained and accumulated by our great Rishis over a period of thousands of years in a series of slides.
Those who want to seriously know about our religion are requested to save these slides for further reference.
You will be surprised that all the knowledge in today’s world of Science & Technology, Medicine, Architecture, Literature and all have their roots in one of these classifications. 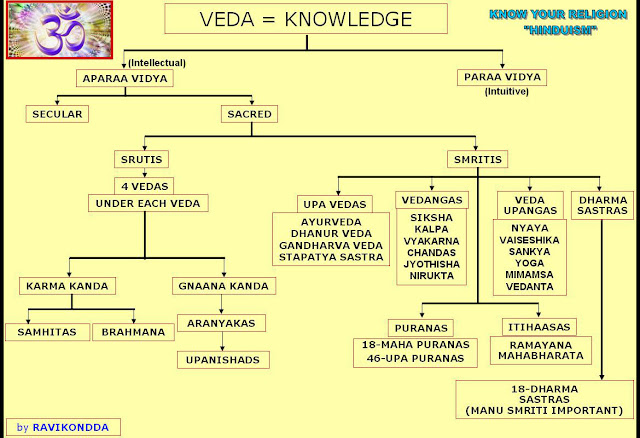 Here I am expanding a part of the full classification of knowledge (Vedas).  That is the Smritis part which contains knowledge about all aspects of material knowledge for living.  Whereas Srutis deal with spiritual aspects.  A complete knowledge of the various aspects of Smritis gives a clear idea of living a good life style. 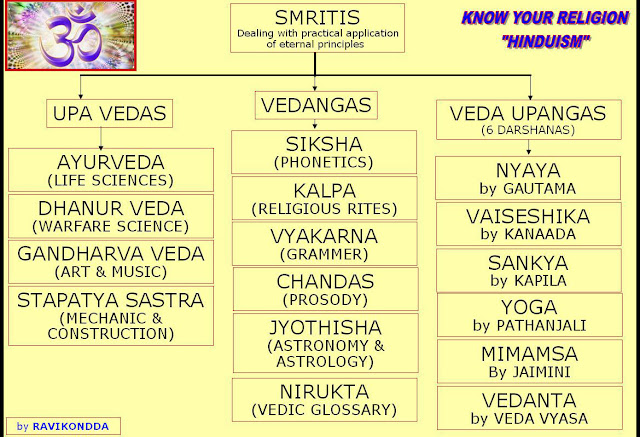 Posted by RAVIKONDDA at 10:00 AM No comments: 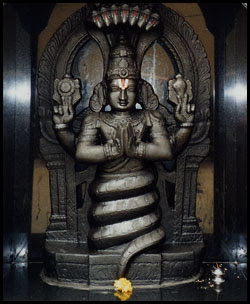 Even before Pathanjali’s Yoga Sutra, Yoga practices and spiritual disciplines and techniques of Meditation which enable a man to achieve unitive knowledge of the Supreme God are found in the Katha Upanishad, Svetasvatara Upanishad, Taittiriya Upanishad, Maitrayani Upanishad etc., So we can say that the Yoga knowledge has been handed down to us from Pre-Historic times.

“Sutra” :-  the word Sutra means “thread”.  Literally meaning, the bare thread of an exposition, the absolute minimum that is necessary to hold it together.  Sutras were composed at a period when there were no books.  The entire work had to be memorized and hence were kept as short as possible.  Pathanjali’s Yoga sutras like all other sutras, were intended to be expanded and explained.

Comparison of Yoga & Meditation with the modern Western Psychology :-
Many such comparisons have been made in the past amd some interesting points of similarity and dissimilarity in theory and technique have been noticed.  But the comparison itself seems neither fair nor valid.

However, one statement can be easily made……..
The majority of western Psychothepists do not, as yet, recognize the existence of the Atman, and do not therefore, attempt to help their patients achieve the union of perfect Yoga.  As for those Psychotherapists, who take a serious interest in Yoga, many of them would state their position somewhat as follows: “ We can help our patients to a certain point – to an adequate degree of adjustment on the psychological level. Beyond that, we are not ready to go.  We recognize the possibility of higher, spiritual integration.  But we prefer not to make it a part of our therapy, because we believe that the two should be kept separate. If a patient wants spiritual integration, we can only send him to a Yoga teacher. Where we leave off, “YOGA begins”.
Posted by RAVIKONDDA at 9:50 AM No comments:

The study of “Pathanjali Yoga Sutra” is not complete without reading directly from the Sanskrit texts, hence let us take the slokas one by one and analyse it.

Pathanjali Yoga Sutra consists of 51 slokas in Chapter-1.
Posted by RAVIKONDDA at 9:45 AM No comments: 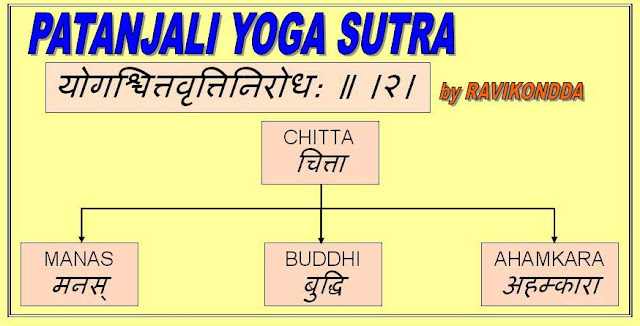 Posted by RAVIKONDDA at 9:30 AM No comments:


Posted by RAVIKONDDA at 9:25 AM No comments:

Posted by RAVIKONDDA at 9:20 AM No comments:

Posted by RAVIKONDDA at 9:15 AM No comments: